My Handcrafted Wooden Vertex Click Action Pen turned from Brigalow Wood is an exceptional handcrafted item and like most crafted pieces on this website sell very quickly. This would make a fantastic gift for a special friend.

Please note you can only add (1) of this pen to your cart. The pen shown in the image is unique and is a one off as are most of the items made in my workshop. Any section of Timber, Polyester Resin or most materials have a different grain pattern. These patterns are generally never repeated.

Please Add to Your Cart Now if you wish to purchase this unique one off item.

Payment via EFT (Bank Deposit) if you are in Australia.

Shipping: Express postage Free within Australia – Your order will be shipped within 24-28 hours via Australia Post.

View below for more product details and a description of the timber this pen has been handcrafted from.

Two species, brigalow (A. harpophylla) and gidgee (A. cambagei) form open woodlands on flat and gently undulating terrain on heavy and relatively fertile clay and clay-loam soils primarily in the 300-700mm annual rainfall region of Eastern Australia. These woodlands extend from a northern extreme  into northern New South Wales. Brigalow and gidgee occur as mixed communities in some regions and are commonly associated with several other woody species, including overstorey species such as Eucalyptus coolabah, E. cambageana, Casuarina cristata, and a range of understorey species
Brigalow occurs from coastal regions receiving in excess of 900mm rainfall per year through to the semi arid 500mm rainfall region although it is primarily a semi-arid zone species. Gidgee  replaces brigalow as rainfall drops in western regions and extends from 650mm-300mm. Gidgee, with a maximum height of approximately 12 metres is somewhat smaller than brigalow which can attain heights of 20 metres.  In the north-western regions Black gidgee replaces brigalow in many areas, while in Central-Western districts Boree  forms woodlands and shrublands, frequently on cracking clay soils and often in association with A. cambagei. Georgina gidgee  woodlands are found in more arid regions in the 200-250mm rainfall belt 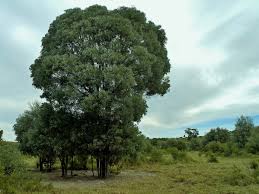 There are no reviews yet.

What Customers Are Saying

Thanks for the pens.

My husband and son absolutely love them.

Very good quality and love the design of the Mayan pen.

We will be sure to recommend to our friends.

I just wanted to let you know the pen arrived last week, and my wife loves it. Thank you very much for your workmanship and personal approach to customer service, I really appreciated it.